I’ll start by getting one thing out of the way: I enjoyed this book, but I found it a little too detached for my literary tastes. Lazar is an excellent writer, and the sophistication of his prose functions well in smoothing out what might have been thorny-sharp points in his themes. The characters are likeable enough, but we don’t really get to explore them all that much. The whole text has a kind of cubist feel which I appreciated and admired but didn’t adore.

I Pity the Poor Immigrant works best when Lazar gives in to old-fashioned narrative and let the reader follow the main character on her adventures. In one breathtaking segment of the novel, the protagonist, Hannah Groff, a journalist, travels to Israel to pursue a story about a murdered poet, a Jewish Israeli critic of Zionism. Hannah’s descriptions at once capture the details of the landscapes, of Tel Aviv and Jerusalem and Bethlehem, the odor of violence and colonialism in the air, and her own anxiety about traveling to a world so alien to hers and yet  tied up with her ethno-religious heritage and, she learns, her family history.

I suppose I’ll get one another out of the way: I, like Hannah, descend from a people — however much a construction such a thing is — of which 2/3rds of its European population in Europe was eradicated less than four generations ago. And yet, like Hannah at the start of her travels, I have no compulsion to visit Israel, as is my “birthright,” and probably moreso than she, have even less patience for the nationalism and colonialism that infects and corrupts the state of Israel, and quite arguably, has done so since the state was but an idea. As Hannah travels the small country, she frequently encounters locals that wonder out loud how someone named “Hannah” could have possibly waited so long to visit Israel. Such exclamations have a history, of course, like that of David Ben Gurion blaming the Jews of Europe for going like “sheep to the slaughter” to the gas chamber when they could have been jingoists instead.

For the locals that Hannah encounters, to be in the Holy Land elevates one to a kind of righteousness. Lazar wants to probe such an idea, and he does so by making his characters conflicted about their pasts, if occasionally wholly compromised by them.  Much of the novel tells the story of Meyer Lansky, the American gangster, and it recounts the story of his failed attempt to seek asylum in Israel in the early 70s as the American law was finally catching up to him. Hannah plays with the Hebrew words yored (descended) and ole (ascended) to ponder her place, the place of Lansky, and the place of Lansky’s love interest, Holocaust survivor Gila, in the moral universe. And by doing so, she suggests that if Israel represented a promise of ascension for Jews after World War II, the promise has yet to have been met.

Lazar lays his metaphoric language bare. In addition to giving us yored and ole, he also tells us, through the pen of the murdered poet, the story of King David, whose early underdog victory (you know, against Goliath) paved the way for a monarchy rife with abuses of power. Lazar’s themes are fun to work with intellectually, but metaphor and allegory, I think I will argue, don’t make for as effective literary fiction as a good story.

It just might be that writing about Israel, when you’re an American Jew, is  damn hard. And Lazar’s effort is noble. I find myself pondering why there isn’t more fiction about American Jews and Israel in the world, and what might be if this weren’t the case. Off the top of my head, I can only think of two relatively recent great works of story-telling — Steven Spielberg’s Munich and Michael Chabon’s The Yiddish Policemen’s Union, both terribly underrated — to effectively dramatize and critique the dilemma of zionism. Here’s hoping more writers, artists, and filmmakers pick up the task as Lazar did.

My Book Pick for June

Since it’s June already, I’m going to cut to the chase and pick my indie-bookstore-paperback for this month. So I’ll be reading Celeste Ng’s Everything I Never Told You. And in the meantime, I’m going to geek out on the graphic novel Saga; if you’re a sci-fi fan at all, it’s worth checking out. 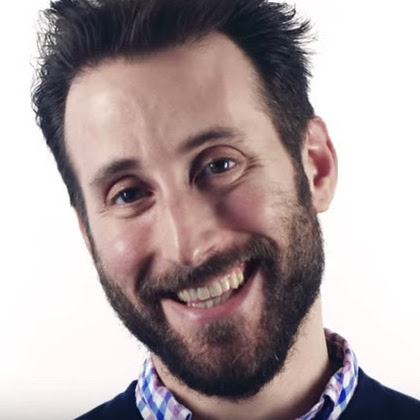 I post thoughts, rants, and observations that range from incoherent to moderately intelligible. For my polished (and occasionally peer-reviewed) prose, find the Publications page in the menu at the top.

Follow me with an RSS reader such as Feedly. Use this link for the feed.

Or give following me on Medium a try.